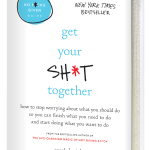 My Review of Sarah Knight’s Get Your Sh*t Together 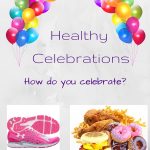 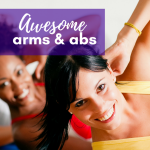 5 Steps to your own program

I want to share my eating journey for 2020, but first I need to go back. You should know by know that I first started paleo in January of 2010. In the past 10 years, I have periodically gone back to strict paleo. It works really well for my body, and tastes so good. I’ve been diagnosed with several autoimmune issues in the last 5 years. I am constantly changing my eating, to try alleviate some of my symptoms. I have journaled some of my journey with Autoimmune Protocol Diet and Whole 30. They are both elimination diets, that will help you to discover what foods negatively affect your health, energy, and autoimmune symptoms. In 2019, I have started to use low FODMAP as a guide for foods, when I’m in a bad flare. Low FODMAP foods are foods low in short chain carbohydrates and sugar alcohols, these foods are generally poorly absorbed by the body and can cause abdominal pain and bloating in patients with irritable bowel syndromes.

As much as I love Whole30 and paleo, I got on the train before they became popular. I saw how some of their core beliefs were distorted when they became mainstream ways of eating. I went through a period where I was even hesitant to encourage others to join me in following a paleo way of eating, the recipes readily available did not seem to fit what I had originally read about paleo. Lately, the same thing has happened to the ketogenic way of eating. Keto first gained popularity in the anti-aging community. I have seen people use keto like the old Atkins diet of the 90s. Atkins let you have all the fat you wanted, even unhealthy fats. It also didn’t encourage enough fiber in the diet, which can be detrimental to your health.

The keto diet also put intermittent fasting into mainstream knowledge. Studies have shown intermittent fasting has great benefits for people who struggle type II diabetes, chronic pain, and obesity. Intermittent fasting can be done in several different ways, the commonality being that the fasting is controlled. Benefits are seen when fasting lasts at least 12 hours. The most common intermittent fasting is 16:8, a 16 hour fast with an 8 hour eating window. Another popular method is 5:2 when you consume 500-600 calories on two, non-consecutive days in a week and eat normally the other two. The third common method is the eat-stop-eat method, where you fast for 24 hours once or twice a week.

When you have arthritis, inflammation is a common symptom. The last couple years, I have found myself often puffy from inflammation. I have decided to try intermittent fasting to help control my inflammation. I started with the 16:8 method for two weeks. This was actually really easy for me to adjust to, generally the longer the fast window, the better the health benefits. I have since switched to 18:6, which has proven harder. While I am able to stick to the time on an average day, I don’t always have an average day.

I am still working through the best free app that allows me to track my fasting. I am not interesting in the extra coaching offered on some of the apps. Currently, I am using Zero and it seems to fit my needs. You are able to chose from preselected fasts, as well as create a custom cycle. If you forget to start or stop your fast, you can go back in and manually update the time. When you open the app, it gives you the elapsed time as well as the percentage. As I type this, I’m at 91% of my fast. A circle fills in around the timer to also show your progress. My meditation app shows you how many other people are meditating and breathing with you, which helps you to feel like you belong to a bigger community. Zero has the same feature. It tells you how many people are currently fasting, right now it is 607,594. It even breaks down that 82,600 of them are doing the 16:8 fast like me.

Intermittent fasting is typically looked at as skipping either breakfast or dinner. Many people are able to cut calories because you are not eating all through out the day. You are supposed to eat a whole days worth of calories within your window. I eat at least 3 times in my 6 hour eating window. Again, it is an intentional controlled time frame of eating, not just starving one’s self of nutrition.

There has been research lately about the benefits of working out on an empty stomach. When I first became a trainer, I encouraged people to eat before a workout. I started to see that some people did better on an empty stomach. It was very individual who needs to eat and who does better fasting. When I began running at 4 AM, I realized I do really well fasting before a workout. I no longer workout that early, but I still try to not eat. With intermittent fasting, this has changed a little bit. My eating starts around noon. So on days that I workout in the afternoon, I need to eat a little something. Starting a workout at hour 19 of fasting is not ideal for my body.

Since I am just starting my journey in intermittent fasting, I will come back and blog an update in the coming months. In the meantime, if you have found success with intermittent fasting, I’d love to hear from you. Or even if you tried it and found it not successful. Any feedback is good when comparing to your own journey.