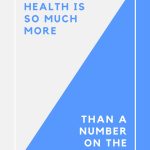 So you don’t do resolutions 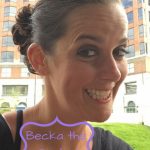 Last year I went to my 2nd Avon 39 Walk to End Breast Cancer, and while there I signed up for 2016. Later that summer, I went rock climbing with some friends, and we started talking about doing the Ragnar Chicago 2016. I agreed before I ever saw the official dates. I started training for the Ragnar almost immediately. I was going to take full advantage of the 12 months to prepare myself for running 3 legs in a day and a half, while spending my off time living in a van with 6 friends. The rest of 2015 was pretty smooth. I bought gear to run outside, in the cold and dark, and followed a training plan. Then in January, I had a stress fracture in my foot. That derailed my training and trying to start up again in February was hard. I did get back into the swing of things though, and was feeling pretty prepared for my walk and my race. I checked into the Avon Walk with my teammates, Thanks for the Mammaries, on Friday night. We signed up for 2017 before we even walked a mile of 2016. It is such a good cause, and any “suffering” from walking 39.3 miles pales in comparison to the suffering of those afflicted by breast cancer. Walking 26.2 miles around Chicago on Saturday was awesome. I chatted with my friends, saw the sights, and took in the city. It is not easy to walk that many miles in a day, as it makes the day long. We were motivated by the impending storm to walk faster than normal. We made it to lunch in record time, and left the lunch spot before the downpour started. In the afternoon, we had to sometimes put our ponchos on to stay dry. The rain never lasted long, and we joked that when the last person took their poncho off, we’d have to all put them back on again. We were grateful that it wasn’t just a downpour as we walked, the intermittent spitting of rain was more of just a nuisance. At the end of the day, I iced my foot and wore recovery compression socks. My roommate and I each took a turn soaking in the tub with some bath salts. I woke up Sunday feeling great! We hopped on the bus back to base camp, with the day starting with breakfast and a trip to the medical tent. Luckily, I was spared blisters and didn’t need to check in to the tent for attention. Leaving base camp is always fun, the teens line up, the sweep vehicles line up, the motorcycle crossing guards line up, and several of the regular cheering groups line up, to send us off on the last 13.1 miles. It is always exciting as we wind our way back through downtown and across the river, as that means we are getting closer to the finish line. Then we make our way back to the lakefront, for the final approach to the finish line. As I approached the hill up to Shedd Aquarium, I saw one of my clients and her friends. They walk in DC every year, and come to the finish line in Chicago as a cheering squad. My husband and the 2 little kids were in the line to the finish, Grace was so excited to see me, she came running up to me. I was able to carry her across the finish line. It ended up being a great weekend for the walk, not too hot, and not too wet for our group.

During my 4 days off, the weather was beautiful. Sunny, and not too warm. Great weather for running. I ended up not running, with my foot still being tender, I wanted to give it some time. I washed all my clothes, emptied my travel size suitcase, and made a new packing list. For Avon, I picked a long sleeve and a tank top for each day. I even had some short sleeves in case I changed my mind. I had extra socks and shoes, as well as a poncho. For Ragnar, I put each of my 3 running outfits in its own ziplock storage bag. I had an outfit to wear after my last leg, and some long sleeve for in the car, but not a lot of extra. I had a blanket and travel pillow for sleeping, and some snacks to try and sustain on during the days.

Arriving at check in for Ragnar was almost underwhelming, yet breathtaking. We were in a little clearing, with just a couple tents, and the huge Ragnar start line. It was beautiful and simple, and resembled the course, where there were lots of teams, but you didn’t always see others. After we checked in on Thursday night, we went back to dinner and back to the hotel. In the morning, Van 1 needed to be packed and ready to go by 430. Meri was our first runner, and she took off at 5 AM. We went back to the starting line and cheered her off. Van 2 then headed back to the hotel, where we laid down for a bit before showering and packing up. We went to the hotel lobby for breakfast and eventually made our way to the Van. We drove to my start line, at Exchange 6. We knew that Van 1 was behind schedule, but we didn’t want to be rushed. Hindsight, totally should of gone somewhere for lunch. My plan was to run around 11 and eat some of the food I brought after. I ended up not running until just after 1. I am used to running on an empty stomach, but after the run, I got very hungry before we ever got dinner. My first leg was, HOT! The first few miles was through a very pretty trail, with intermittent shade. My group came out and cheered for me at a couple of the trail crossings, which helped to energize me. Then I exited the trail, turned right, and saw the next section of my leg. A straight stretch of asphalt, about a mile long, lined by sunshine and no clouds or trees, and ending in a hill. The next few miles were just like that. I was feeling defeated, but giving up was not an option. I just continued to plod along, at a much slower than normal pace. When I did finally make it to the next exchange point, I was already excited and ready to go for my second leg, but I had to cheer my teammates on first. Van 2 drove around Wisconsin for the next several hours, hopping out to cheer people on, and spray them with a super soaker. By the end of the day, I walked 5 miles, in addition to the 7.5 I had ran. Nicole was Runner 12, and she finished around 7 PM, and handed back off to Meri and Van 1. We called a nearby Chili’s to place a to go order, and went to pick up dinner. By the time we got our food, I was beyond hungry, and had trouble actually eating any food. Once I got some down, I was able to sleep, and I am a little unsure of what we did next. I do know we arrived at my next exchange point, with the hopes of getting an hour of sleep. Once I got inside the high school, a hold had been placed on the course for lightening. I was able to get a couple hours of sleep, which was wonderful. I woke up and ran my second leg. This leg was all through a trail, and it was beautiful. At some points, there was tree coverage or overpasses that made it hard to see, so I had to slow down. I felt like I was flying through the course, but my running app informed me every mile that I was, in fact, still running slower than normal. When I finished my leg, I ate some more of my food, and went back to sleep. I spent the rest of the night sitting at exchange points and sleeping at exchange points. I was not a good middle of the nite cheerleader. When I woke up in the morning, we were at a YMCA that had showers for us to use. I was very excited for a shower. Then we went to the lakefront to wait for Nicole to finish her second leg. The view there was break taking! Once we were all ready to go, we headed out to Denny’s for breakfast, while Van 1 went about their third legs. There was another group at Denny’s eating too. It was definitely weird to be in a restaurant mid race, but the food was very much needed.

Once we finished eating, we decided to head to my next exchange so that people could rest and sleep. I was unable to rest, so I went with a couple girls to Walmart for ice, and I grabbed myself a cooling towel for my run. My family planned to meet me when I finished my third leg, but since we were still behind schedule, they met me before I ran. We had fun hanging out with the kids. Eventually, hot and tired took over, and they had to leave before I took off. I was hoping that they would see me running, but I value their needs more than my wants.
When I did take off, it felt like my best run. I was consistently a minute slower the first couple miles, but then I leveled out. Even though I allowed myself to keep getting slower, I still felt good. My teammates met me a couple times in the beginning to spray my cooling towel, and to give me sips of water. With still 3 miles to go, I said I’d be ok, and they went on ahead. I ran from North Chicago High School, past the Great Lakes Naval Base, and onto a bike path. The path was nice, and I even passed a few runners (yay for kills) along the way. When we exited the path, we shortly after passed Lake Forest High School, talk about extreme difference in communities just a few miles down the road from each other. LFHS is beautiful, and looks kind of like a castle. I have been there before, but it’s majesty still took my breath. Once I finished, I was so excited to help the remaining Van 2 runners cheer on their legs. We were so behind schedule that 2 of our girls skipped their runs. Those two then split legs with another 2 runners. In the end, everyone ran, just not the full mileage. Nicole crossed the finish line at 715, and we needed to cross by 8 so we made the best choice in skipping legs.

I am now going to enter the lottery to run Ragnar So Cal. Ragnar was such a fun experience, and I hope to run it again. I just know that my body can’t handle that kind of mileage 2 weekends in a row on a yearly basis. I am not sure that I want to give up that kind of training time on a regular basis that it could handle it either.

I can say that I feel so confident and happy, even though neither the walk nor the race were my best output. I do the walk to raise money to end breast cancer, and I walk with my friends to enjoy their company and the sites of Chicago. I would like to do better next time at Ragnar, but I am not disappointed in myself. We all need a base starting line, and I now know mine. Being in a van with 6 others was such a fun experience too, but I will save that for another day!

Have you ever completed an overnight race before? How did you do the first time?