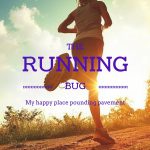 Since I graduated college, I’ve taken dance classes on a few occasions. I took a ballet class with mostly younger people and felt odd in my changing body in tights and a leotard. I took hip hop and felt odd as my body didn’t quite move in my 30s like it had when I was younger. Then I had 2 more kids. I have a fellow mom of three friend who dances, with college kids. I was slightly, hmm, jealous isn’t right. Maybe envious that she took the time and had the confidence to put herself out there like that. Then one day she texted me, auditions for the next performance was the following morning. A million excuses ran through my head. I was fighting a sinus infection and upper respiratory infection. I no longer own a leotard or dance shoes. I’m 5 months postpartum and don’t like the way my tights fit currently. I haven’t worked out in almost a week, taken a dance class has been years. But really, what did I have to lose?
First rehearsal was last night. Man, I have my work cut out for me. I will work hard; don’t need to stick out come show time. It is funny what your body remembers and how  it still struggles with moving as it should, or did. The lesson learned, don’t give into excuses. I wasn’t great at the audition, but the choreographer saw something she could work with in me. That is enough of a confidence booster to practice some extra combinations during the week.
What hopes and dreams did you give up on without giving them a chance? Go out and do something to change that, today! Dream big, live big, every day : )